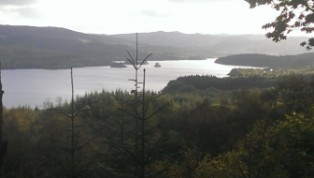 ×
Nigel Duncan has worked for a number of leading British newspapers including The Daily Record, The Daily Mail, The Herald, The Daily Express, The Scotsman, The Sunday Mail and Scotland on Sunday.

He has organised press facilities for the Commonwealth Basketball Championships and the European under-age boxing championships and freelance for national and international newspapers plus magazines in news, sport and the arts.

He edits in-house magazines and event programmes, is an author and broadcaster on radio and TV, and has been involved in sponsorship deals between leading companies and sports teams.
Nigel Duncan is also a former chapter director of BNI (Business Network International), is secretary of the Scottish Press Golf Club, and has been involved in candidate campaigns for national and district elections.
New collum
Nigel Duncan is an experienced PR with a blue-chip client list which has included the following companies: